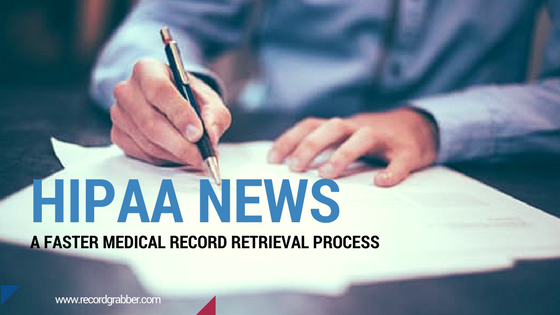 2016 was a year of changes for HIPAA. We saw massive government involvement and a crackdown on violations. It has been nearly a decade of development, tough action and scrutiny. What can the medical profession and legal organizations expect in 2017 from the new administration regarding HIPAA? This information is crucial, especially if you are retrieving medical records for your case.

Many analysts suggest that 2017 will not be as intense as 2016 in terms of investigation and crackdown on violations. The outgoing administration was clear on data protection and personal privacy. The new president and his administration have not yet clearly defined its intentions with regard to healthcare data protection. However, the positive work of the last government is expected to continue. President Trump’s pick for HHS is Tom Price – a member of the House of Representatives and a physician who supports the development of data and information technology. Price’s stance on HIPAA privacy protections is not yet clear.

Jocelyn Samuels stepped down as director of OCR at HHS before the inauguration of President Trump. HHS is now in a transitional period with Robinsue Frohboese in an acting role. Few expect that this position will be filled quickly. This also suggests a HIPAA compliance program that is not as intense as it was in 2016. Until a new permanent director is found, full compliance is expected and organizations in all areas subject to HIPAA should not allow standards to become lax.

Despite the change of administration, the government departments responsible for healthcare and data compliance expect to push ahead with the policies in place over the last decade. There is a keenness to show that the government is being proactive in protecting healthcare data. There is an equal desire to continue using audits as a measurable way of determining compliance. Although the examination is likely to be less broad in scope in 2017, we do expect the HIPAA audits to become permanent – if not this year then certainly in 2018. This may cause delays in the medical record retrieval process.

Record Grabber for a Smooth and Seamless Transition

Now may be the right time to outsource your record keeping and storage before any new directorship is appointed and before any new HIPAA changes are implemented. The change of a new administration does not mean that non-political issues such as data protection and healthcare fall by the wayside.

If you’re considering your options for outsourcing your record storage and medical record retrieval, there is no better time than now. We keep up with all the ongoing legal changes and can ensure a smooth transition for clients.